If the Virginia War Memorial were only the beautiful Shrine that passersby see on their way back and forth over the James River by way of Belvidere, that would be enough to mark its place as one of the country’s most beautiful and inspirational state monuments to military service and patriotism.

But, the Memorial is much more. It is a living tribute to freedom and the sacrifices freedom requires. Two very recent events underscore the power of our unique mission to connect individuals, emotionally and intellectually, to our shared past. 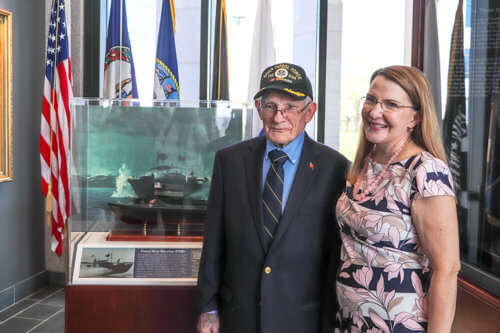 On Saturday, March 27, I was at the Memorial when the Stolle/Dunnavant families presented a specially commissioned model of a Patrol Boat Riverine (PBR) to the Memorial at the suggestion of Commander Edward St. Claire Stolle, USN Ret. This remarkable gentleman, at 90+ years young, had commented after a visit to the Memorial last year that we had a model of a Swift boat on display but not a PBR. Not content to comment and let it go, Cdr. Stolle acted. He commissioned a model of a PBR like the one he commanded during the Vietnam War. And, his family made sure that the transfer of the model to the Memorial was a teaching moment.

I lived through the Vietnam era but I did not know about these small boats that patrolled the rivers of South Vietnam. Now, I know that these boats, like the Patrol Boats Fast (Swift Boats) were part of the Small Boat Navy and, at great risk to the brave sailors on board, attempted to curtail Viet Cong activity and keep the waters safe for civilian South Vietnamese. Cmdr. Stolle, thank you for your service, and for teaching me this important piece of history.

Then only a few days later, the Virginia War Memorial was visited by representatives of the Freedom Flag Foundation who presented us with a Freedom Flag to become part of our impressive flag garden in September, on the 20th anniversary of 9/11. I remember twenty years ago when this image, designed by Richard Melito, began to show up in Richmond as bumper stickers, window decals, and here and there as flags on private lawns. In 2003, it became the official state flag of remembrance and since that time has earned recognition far beyond the Commonwealth. Today, I was reminded of what the ten elements of the flag symbolize. I was reminded of what I was doing that day, of what my daughters were doing, of the news coverage, the images, and the theories, of what the world used to be like. 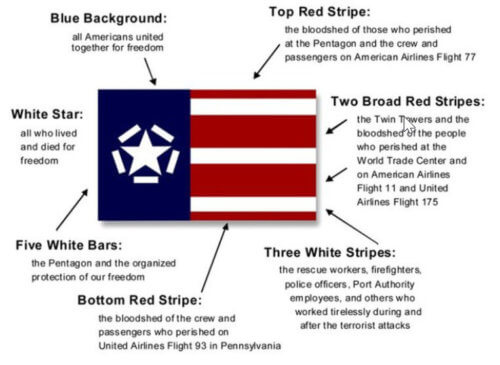 I left that meeting to review the details of the Memorial’s first Poetry Showcase for military children, children born long after 9/11.

The Memorial is open to visitors – without advance registration. Admission and parking are always free.

And, there is always something to remind us of what happened before.

by Pam Seay, President of the Virginia War Memorial Foundation