Every year, on August 7, Purple Heart Day, we pause to acknowledge and remember the sacrifices made by brave men and women in the military.

Designed by George Washington, the Purple Heart is the oldest award in the military still presented today. Before its creation most military awards were given only to officers who had secured grand victories in battle. The Purple Heart was one of the first awards in military history that could be given to enlisted personnel or noncommissioned officers for their outstanding service.

The Virginia War Memorial’s collection is home to a number Purple Heart medals, each one a reminder of military bravery and sacrifice. The walls on the Shrine of Memory help us remember their names and remind us to share their stories.

Seen here is a Purple Heart Medal from our collection, awarded posthumously to Army Private First Class Joseph B. Dunkum of Buckingham, VA. Private Dunkum was killed in action on Christmas Day 1944 in Luxembourg during the Battle of the Bulge. 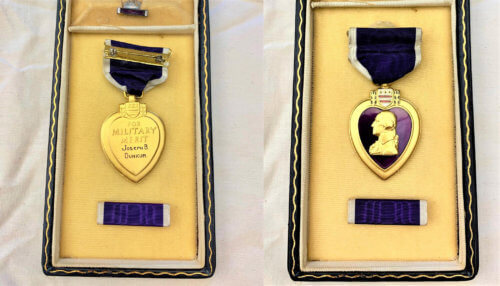 Although the collection is home to many Purple Heart medals, the amount we know about each individual and his or her life varies. We are fortunate to have several personal affects donated by Private Dunkum’s family. In addition to Private Dunkum’s Purple Heart medal, the Memorial’s archives is home to correspondence donated by his family, including a letter to his brother confirming his death, a letter from the Secretary of War Henry L. Stimson to Private Dunkum’s mother Hattie Dunkum, and a colorized photograph of Private Dunkum standing in uniform next to Hattie.In his letter Stimson noted that the Purple Heart was “sent as a tangible expression of the country’s gratitude for his gallantry and devotion.”

We are fortunate to know Private Dunkum’s story and be able to share it with you and visitors to the War Memorial, both on Purple Heart Day and every day. 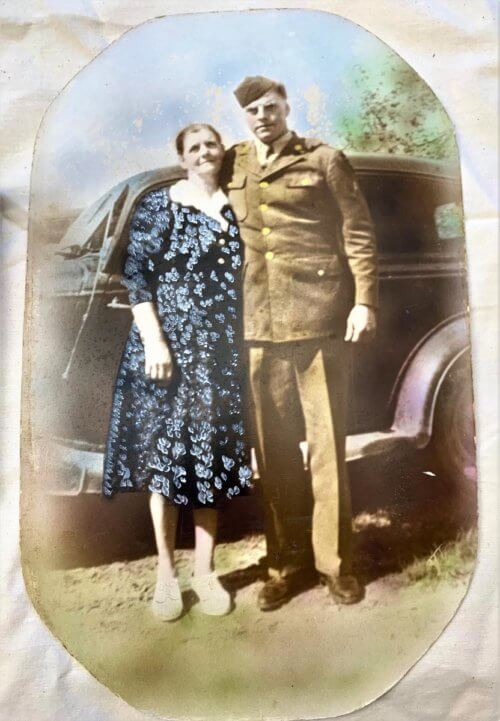