His plane (#42-76501) was hit by flax and Lieutenant Marchant radioed that he was on fire and had to bail out.

Before the war, he was employed by Twigg Motor Company in Matthews, Virginia and as sales manager in the parts and accessories department for Newport News Auto Exchange. He was a 1937 graduate of Syringa High School.

He is buried in Brittany American Cemetery, France. 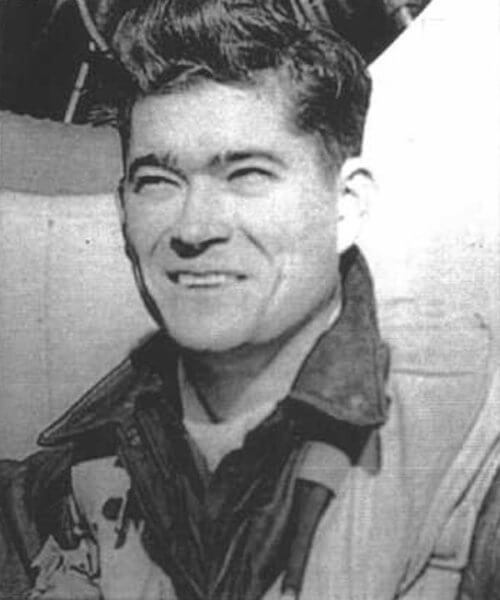