1LT Ellinger served in C Company, 2nd Battalion, 12th Infantry, 25th Infantry Division, U.S. Army Vietnam. He was killed about 8 kilometers north of Xuan Loc while on a military mission that encountered hostile forces. He graduated from Robert E. Lee High School in Staunton; and in 1968, graduated from the University of Richmond, where he was a member of Sigma Alpha Epsilon Fraternity. 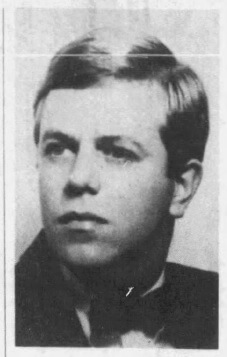