First Lieutenant Sargent served with the 4th Battalion, 25th Infantry Division. While uncovering an enemy booby trap, a North Vietnamese soldier lobbed two grenades at Sargent and his men. 1LT Sargent quickly threw himself on a grenade to protect the lives of his fellow soldiers. He was posthumously awarded the Medal of Honor for his gallant actions. He is buried in Hampton National Cemetery. He is a graduate of George P. Phenix High School and attended two years of college at Hampton Institute (now, University) before entering the military. 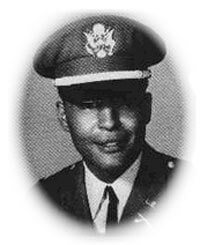