While on a mission to infiltrate a denied area across the Laotian border along the Ho Chi Minh Trail, he and another member of the 6-man spike team “Idaho” last communicated they could not talk. That was the last time they were heard from. SFC Owen was declared missing in action on May 23, 1968 and declared dead on November 15, 1973. 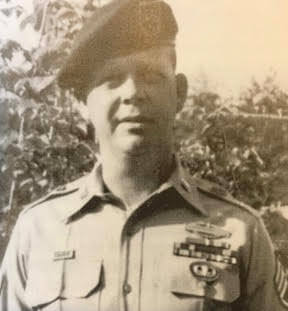