He was a 1939 graduate of Virginia Polytechnic Institute (Virginia Tech) and obtained his medical degree from the Medical College of Virginia. He was employed by Lynchburg General Hospital when he volunteered for service in the Virginia National Guard. He was in a landing craft as 1st Battalion Surgeon on June 6, 1944 – the D-Day invasion. When asked if he wanted to go in with the first wave or wait until the beach was secured, he answered, “I want to go in early. That’s where the greatest casualties will be. That is where they will need me the most.”

He is buried at the Normandy American Cemetery in Normandy, France overlooking Omaha Beach. 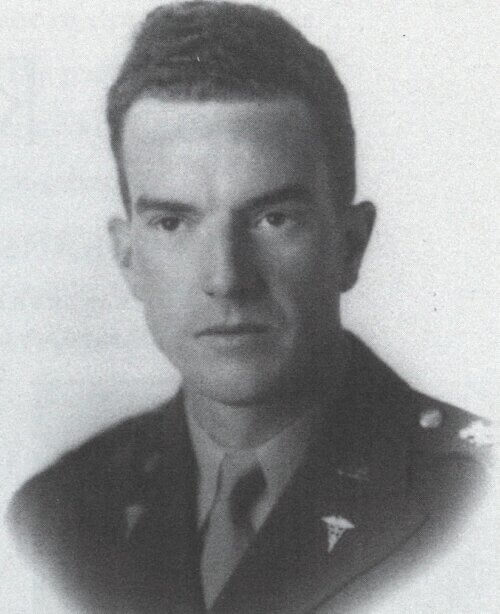