Before the war, “Punchy” attended Augusta Military Academy, Fort Defiance, Virginia, where he was co-captain of the boxing team and he graduated in 1942.

“On January 7, 1945, Lieutenant Guerrant received a Bronze Star for infiltrating enemy lines to carry information back to his platoon about German concentration camps.  He made four quarter mile roundtrips without radio communications and oversaw the pursuit of the Germans after their withdrawal.”

“On April 30, 1945, he advanced ahead of his platoon scouts over open terrain armed with a pistol and a hand grenade. Unexpected German fire scattered his platoon, but Lieutenant Guerrant continued to advance, killing two of the enemy and forcing the remainder to retreat.”  He was mortally wounded and posthumously received a Silver Star for his actions.

He is buried in Evergreen Burial Park, Roanoke, Virginia. 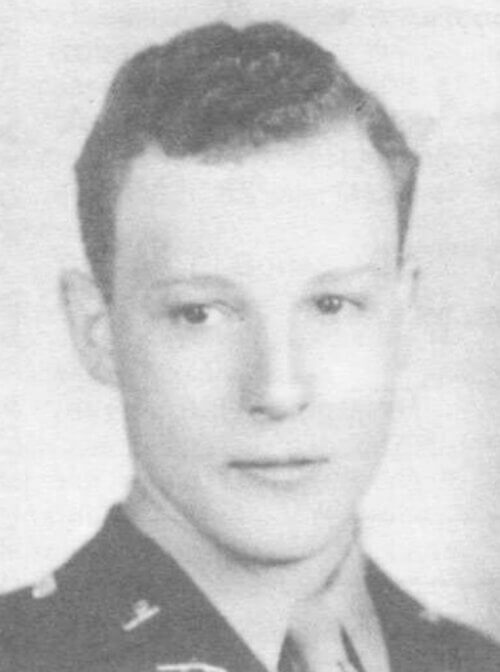