served with the Fighting Squadron 11; Graduated from High School and worked as a pigment analyst in a paint factory. Became an Ensign in Naval Reserve on November 3, 1943 in Melbourne, Florida. Was a combat pilot of Hellcat Navy fighter in the Fighting Squad 11 based on the USS Hornet. Married Lillian Cross Marlin on January 21, 1944. Sent to the South Pacific in November 1944. 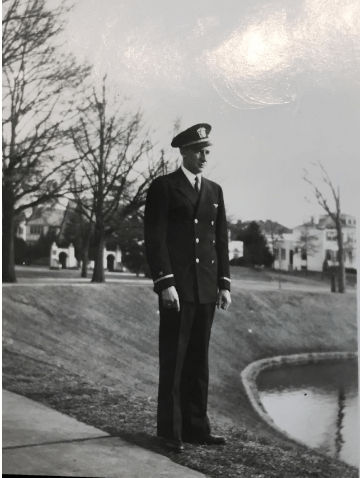