Before the war, he was employed as a stenographer for the Norfolk & Western Railway Company.

He has a memorial marker in Evergreen Burial Park, Roanoke, Virginia and is buried in Lorraine American Cemetery, St. Avold, France. 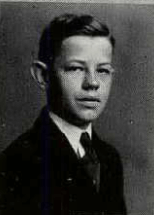