Before the war, he worked for the Virginia Department of Highway in Amelia, Virginia and he was married.

PFC Burnett was moving with his unit on the West Bank of the Rur River when he was hit by shell fire from a German tank.  He was declared missing in action and his name was engraved on the memorial wall at Netherlands American Cemetery, Margraten, Netherlands.  In 1976, his remains were discovered during a construction project along the river.  He was reinterred in Piney Mountain Baptist Church Cemetery, Weaverville, North Carolina. 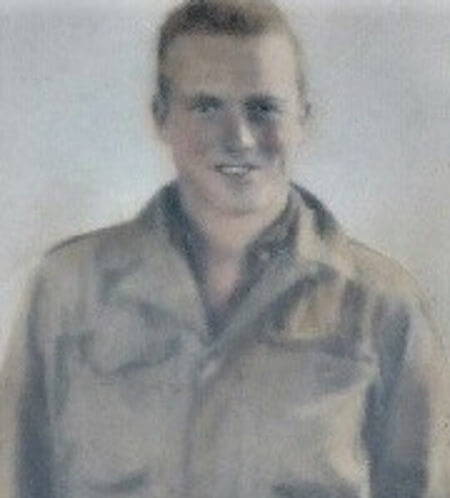