LCpl Obie served in the Philippines before going to Vietnam where he was assigned to the 3rd Platoon, C Company, 1st tank Battalion, 1st Marine Division, III Marine Amphibious Force. He was a tank crewman during Operation Fortress Ridge in the Quang Tri Province when his tank was struck by a rocket propelled grenade, killing him instantly. He graduated in 1965 from Central Augusta High School, where he was class vice-president and voted “Mr. Personality.” He worked for Dupont in Waynesboro after graduation. On September 15, 1966, he and his best friend enlisted in the U.S. Marines in Norfolk, Virginia. 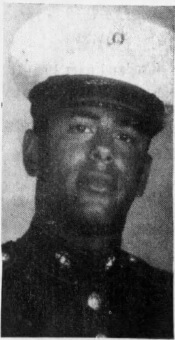