He attended school at Big Stone Gap, graduated from Virginia Episcopal school in 1935, graduated with a degree in chemical engineering from University of Virginia in 1939. He volunteered for service in the U.S. Air Corps in June 1940. He was transferred to engineering branch of the Air Corps and received a diploma in aeronautical engineering at Purdue University and graduated in final training at Chanute Field, Ill. On 13 Dec 1941, he was promoted to 1st Lieutenant at San Antonio, Texas where he served until his death. 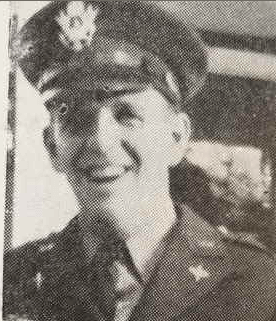