Served with the Medical Corps. He was killed by a German V2 robot bomb in England. Attended Virginia Polytechnic Institute and Bridgewater College. Worked at J C Penny before the war. 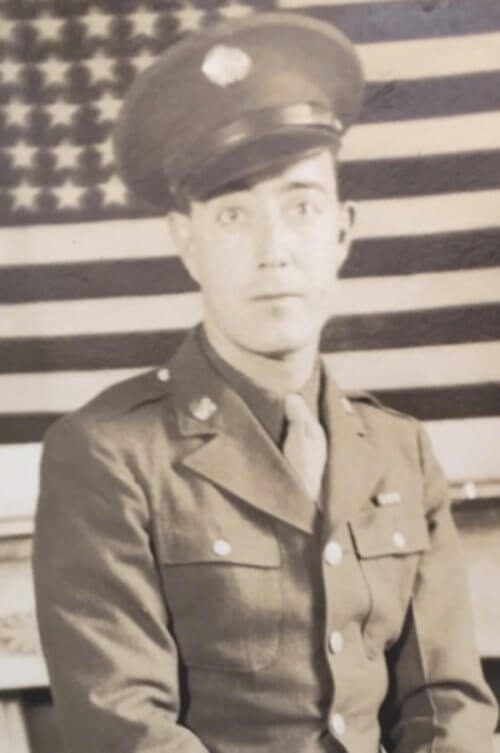