He was born in Pounding Mill, Virginia, he was a carpenter and employed by Pocahontas Fuel Company, Pocahontas, Virginia.  He married and the couple had two children.

Aaron received Army training at Fort Thomas, Kentucky, and Camp Wheeler, Georgia.  He was stationed in Dartmouth, England and went on a night training exercise with other soldiers on the Dart River.  A load on the boat  shifted causing it to capsize; 14 soldiers including Williams drowned.  He is buried in Maplewood Cemetery, Tazewell, Virginia. 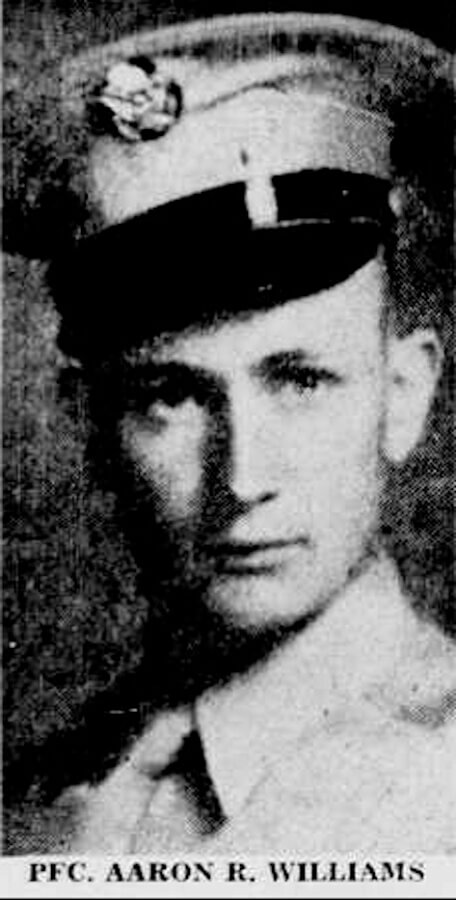