Before the war, “A. D.” (Admiral Dewey) moved to California and lived with his in-laws and he was employed by North American Aviation, Inc., Inglewood, California.

After enlisting in the Marines, he trained at Marine Barracks, Hawthorne, Nevada and Camp Pendleton, Oceanside, California.  Private First Class Hobson was killed in action on Saipan and buried at sea.  His name is etched on the Honolulu Memorial, Honolulu, Hawaii. 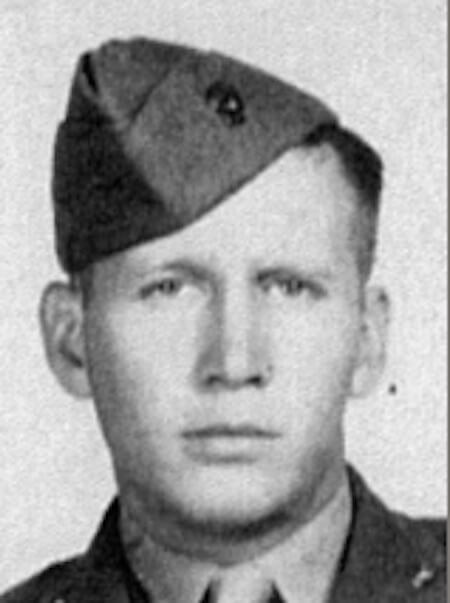