An English bulldog has represented the Marines since 1922. During World War I, German reports often called the attacking Marines “teufel hunden,” or devil dogs, a name that the Marines began to embrace.

Following World War I, a Marine recruiting poster featured a bulldog in a U.S. Marine helmet chasing a German Dachshund. The imagery of the bulldog became incredibly popular among Marines and, and soon the USMC adopted the dog as their mascot. 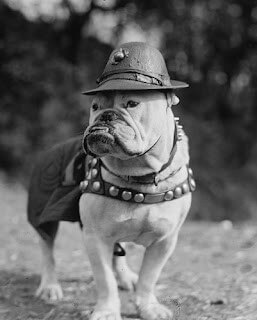 The first bulldog to bear the mantle of the Marines mascot was a registered English bulldog named Jiggs, who entered the Marine Corps as a Private in 1922. Jiggs moved quickly through the ranks, reaching the rank of Sergeant Major before his death on January 27, 1927. Mourned throughout the Corps, Jiggs’ satin-lined coffin lay in state in Quantico, Virginia, and he was interred with full military honors. Jiggs II would replace the Marine mascot, and he would not be the last bulldog to represent the Corps.

During the 1930s, 40s, and early 50s, there would be a series of Marine bulldogs named Smedley in honor of Brigadier General Smedley D. Butler, who signed the enlistment papers for Jiggs.

In July of 1957, a bulldog named Chesty would take up the responsibility as the Marines mascot, becoming the iconic symbol of the Devil Dogs. Making his debut appearance at the evening parade of the Marine Barracks in Washington, D.C., Chesty quickly became an American favorite.

Since the original Chesty, each Marine mascot who lives in Washington at the oldest post in the Corps has since been named Chesty. He would become one of the most popular enlisted Marines among both Marines and civilians.

Chesty the bulldog bears his name with pride, honoring the most decorated Marine in American history. Serving with distinction during World War II and the Korean War, Lewis Burwell “Chesty” Puller was a senior officer in the Marine Corps. Throughout his career, Chesty Puller was awarded five Navy Crosses and one Distinguished Service Cross and retired from service as a lieutenant general. A Virginia native, Chesty Puller is one of only two U.S. service members to ever receive five 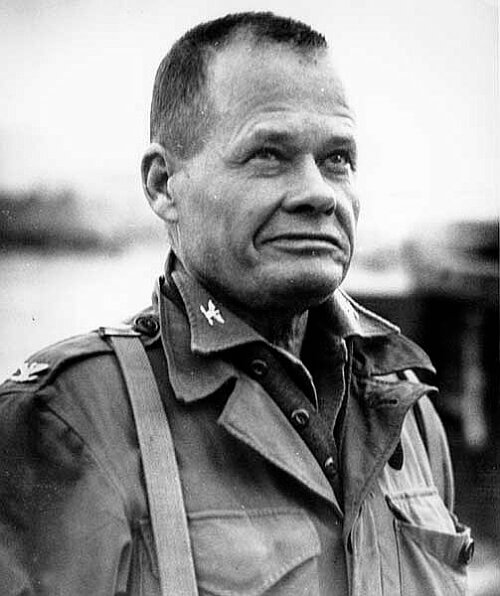 The Marine Corps mascot has thus been named in his honor for the last 65 years.

In the late 1970s, Chesty VI would take his place in the line of service to the United States Marine Corps. However, his tenure as the USMC mascot would be marked by his troublemaking personality. In 1979, this young bulldog was demoted from private first class to private for disobeying a direct order and destroying government property.

He was cited for “willfully… ripping and tearing up a everlast striking bag, of value of about $176.80, military property of the United States.” In 1981 Private Chesty VI was again cited, and this time given 14 extra days of duty, his crime being the unlawful biting of two corporals. 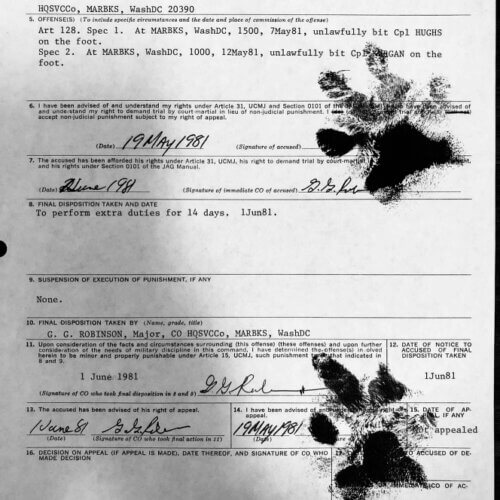 Starting in May of 2022, Chesty XVI took over as the current, official mascot of the United States Marine Corps. After three years in the service, Chesty XV officially retired as a Lance Corporal in a formal ceremony in Washington, D.C. where the USMC mascot lives. The young bulldog learned the ropes of his position from Chesty XV, who was adopted by his former caretaker upon his retirement.

Since taking over duties in May 2022, Chesty XVI performs in drill ceremonies and parades with his fellow Marines in the Washington, D.C. barracks. He officially entered into the service of the Marine Corps at the rank of private, and will continue to work his way through the ranks with training. 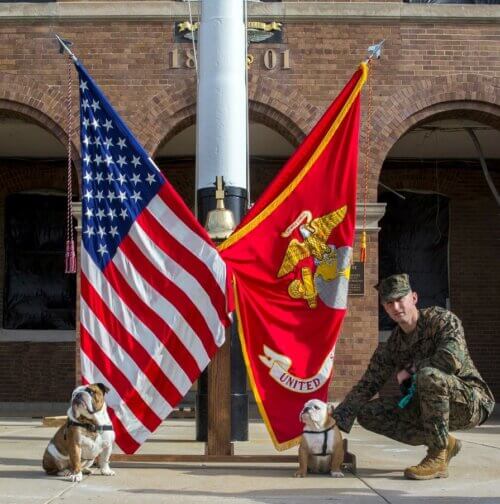 Chesty, however, is not the only bulldog to represent the United State Marine Corps. Parris Island, a Marine Corps Recruit Depot, also has a bulldog mascot of its own. Corporal Opha May is breaking down barriers as the first female bulldog to serve as a mascot within the United States Marine Corps. Selected to represent Parris Island in 2017, Opha May has been diligently fulfilling her duties as a Marine, and upon her graduation from basic training, she had her official height and weight documented for her military record. Corporal Opha May is named in honor of another woman who broke down barriers: Opha May Johnson, the first woman ever sworn into service with the Marine Corps in 1918. Opha May the bulldog showcases the legacy of service of women in the Marines 100 years after her namesake joined the ranks. 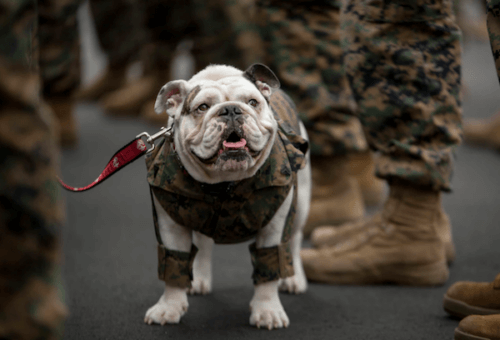 From Jiggs service in 1922 to Chesty XVI’s service in 2022, the United States Marine Corps has been represented by the bulldog. Taking the label of the “Devil Dogs,” the Marines have showcased what it means to serve and so have the dogs that have risen through the ranks to keep up morale, show the public the Marines, and represent the spirit of “Semper Fi.” For 100 years, bulldogs have embodied the essence of always faithful. Many dogs have carried the title of mascot, but none so proudly as the dogs that have entered the United States Marines.