Have you see this yet?

The Virginia War Memorial’s Shrine of Memory has been a prominent feature of the Richmond city skyline for decades, but have you noticed this image anywhere else around town?

At Priority Automotive’s Colonial Heights location, just south of Richmond, the War Memorial is the highlight of a photography mural of iconic sites around the city. As the presenting sponsor of our annual T.G.A. 5K – They Gave All for the fourth consecutive year, Priority Automotive has a strong connection with the Virginia War Memorial and our mission to Honor Veterans, Preserve History, Educate Youth, and Inspire Patriotism in All.

We are so grateful for their full-fledged commitment to our work, not only as a sponsor of this important event, but also sharing images of the Shrine of Memory at their store location.

Designed by Samuel J. Collins of Staunton and his nephew, Richard E. Collins, who were chosen in a state-wide architectural design competition, the Shrine of Memory was erected in 1956. Set within the Shrine’s walls and visible to passersby is “Memory,” a 22-foot-tall statue of an allegorical female in grief. An eternal flame flickers at its base.The statue design was Leo F. Friedlander, noted sculptor who also worked on sculptural elements at Rockefeller Center in New York City.

The photographic mural at Priority Automotive serves as an important reminder that you do not need to be at the War Memorial to pause and remember those who have served our country. And the T.G.A. 5K, presented by Priority Automotive is a wonderful opportunity to gather friends and family together, support the work of the Virginia War Memorial and its Foundation, and commemorate those who have given their lives for this country.

We extend our deepest thanks to all who have served this country. We also thank Priority Automotive for supporting our mission and helping to get this message of service and appreciation out into the community every day. 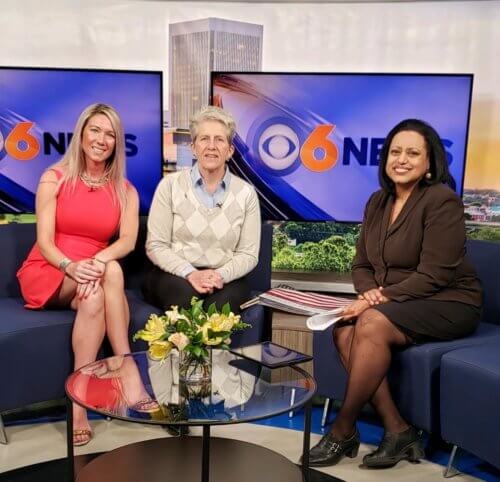