Engraved on its stone and glass walls, the Shrine of Memory originally had the names of Virginians who died as a result of hostile action in World War II and Korea.

At the southern end of the Shrine is the statue Memory. Designed by Leo Friedlander and sculpted by Joseph Campo and William Kapp, this majestic monument, which is carved from 100,000 pound of white marble and stands 23 feet tall, reflects both the great sorrow and pride felt by Virginians for their fallen brothers and sisters. 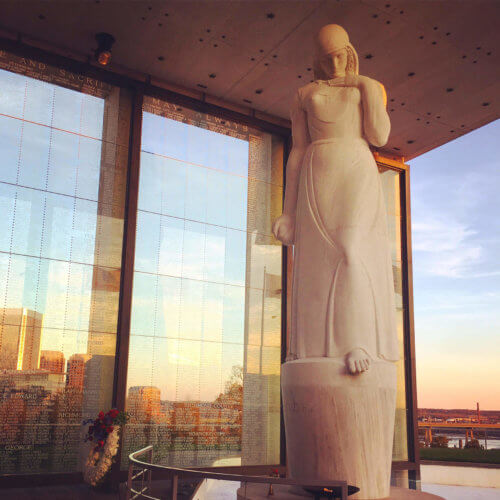