Served with the 512th Bombardment Squadron, 376th Bomb Group. He flew on B-24 #42-40658 “Old Sarge.” Morning of Dec 28, 1943, ‘weather was cloudy at San Pancrazio, Italy airbase. A group of 17 aircraft was set to rendezvous with P-38 Lightening fighter escorts to bomb a rail yard in Vincenza, Italy; however, they did not meet up. This “milk” run had been made three days before with no opposition. Ward Walker’s (bombardier) log described “Everything was going fine; then all hell broke loose with our ship riddled and flames in the wings.. Waves of enemy Messerschmidt 109 and Fock-WUlf 190 fight aircraft rose to attack the formation…” Old Sarge was on fire and crew members fought through the smoke and fire to put on their parachutes and bail out over Northern Italy. The co-pilot and bombardier were the last people to leave the aircraft. Pilot Tommy Haigh stayed at the controls, unwilling to leave without knowing his crew had first made it out safely.’ Haigh and two other crew members died, three made it back to Allied lines and three were POWs in Stalag Luft I.

LT Haigh worked as a meat cutter at Sanitary Grocery in Bowling Green before the war. 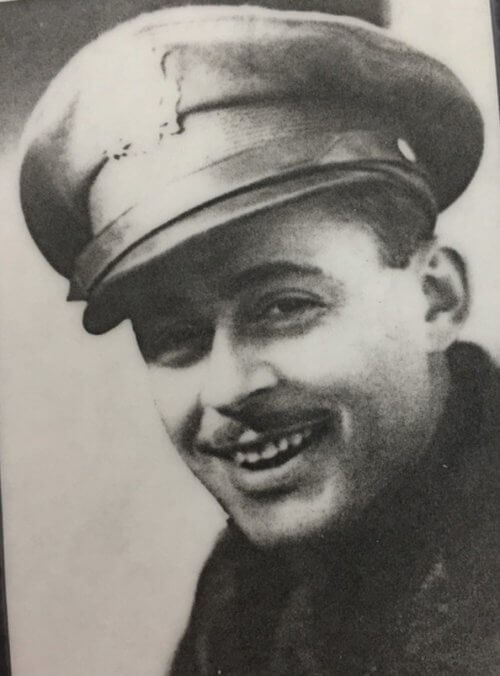