First Lieutenant DeWitt served as an executive officer with Battery C, 6th Battalion, 29th Artillery, 4th Infantry Division. At the time of his death, he was leading a seek-and-destroy patrol.

He attended Thomas Jefferson High School as well as the USMA Preparatory School at Fort Belvoir, Viriginia and was a 1965 graduated from the U.S. Military Academy at West Point. The 14th member of his family to attend West Point, and a great-great-grandson of General Henry Brewerton, Academy Superintendent in 1845-52, he qualified for selection as a cadet while serving an Army enlistment which commenced in 1960 upon his graduation from high school. While at the Point he became an officer in the Corps of Cadets, took part in athletics and, among other activities, the Cadet Chapel Choir and Glee Club, taught in the Church School, made an outstanding record in tactics, and, as noted in the Howitzer, cadet yearbook, was one of the most popular members of his Class.

He is buried at Saint James Episcopal Churchyard, Boydton, Virginia. 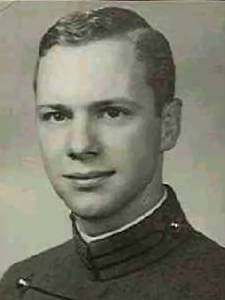