Bob was the only child born to A.D. Pollock and Lucy E. Janney.  Bob graduated from Princeton University in 1937 and was awarded the New York Herald Prize for his thesis on “Foreign Policy of the United States 1930-37.”  He was a member of the R.O.T.C. and made 2nd Lt.  After college, he sailed around the world for a year.

In July 1941, he transferred to the Air Corps and earned his wings at Moody Field, Georgia.  He was promoted to Major in November 1943.

On January 16, 1944, Major Janney piloted an A34 Mustang #42-83835 that left left Gaudo, Italy, for a mission over Florence, Italy.  While flying near Cecina, Italy, the leader of the formation notified Major Janney that he still had wing bomb; Janney dove his plane and observers a smoke trail and debris.  The plane was probably hit by flax.  Major Janney was buried in the Florence American  Cemetery. 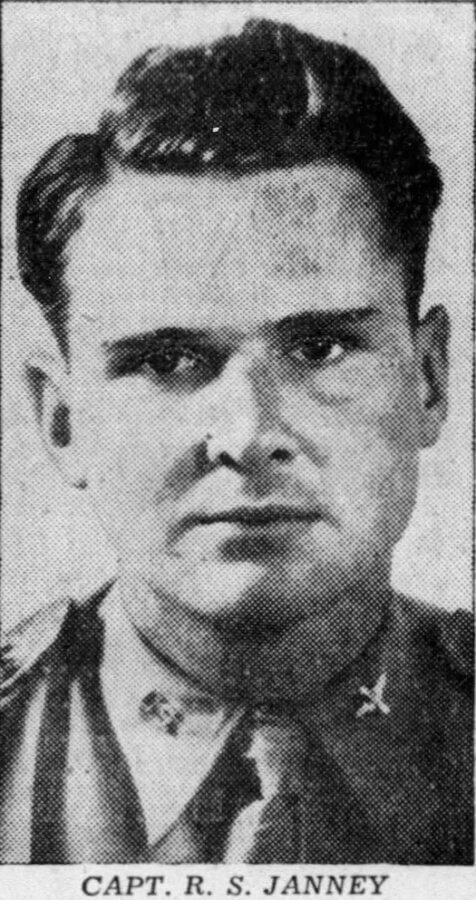