Before the war, Mason attended St. Christopher’s School, Episcopal High School in Alexandria and the University of Virginia where he was in the Glee Club.

On July 31, 1944, Lt. Williams was the pilot of B17 #42-102535 nicknamed “Lovely Lady” that was on a bombing mission over Munich, Germany when flax hit in the bomb bay door and parts of the plane were blown off.  The ship went into a dive and only two of the nine crew survived. 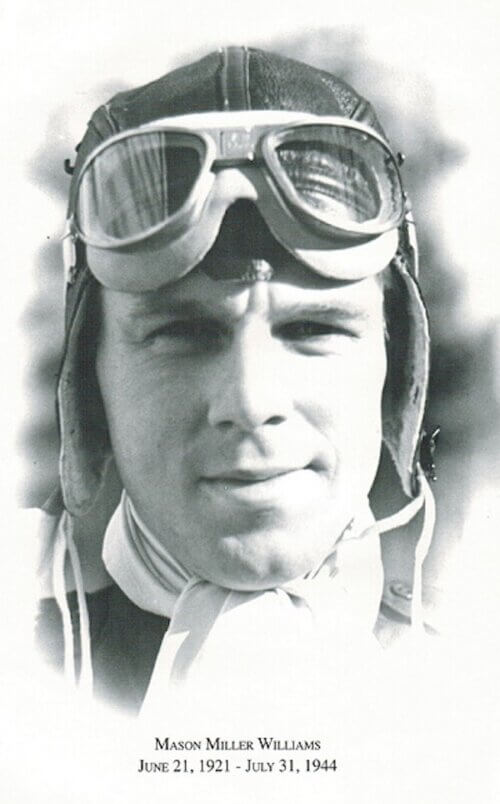