Before the war, Marvin was born in Lithia, Botetourt County, Virginia, and raised with nine siblings.  He held various jobs that honed his skills driving heavy construction equipment.  One of the first jobs he had was working on the Appalachian Trail, he later moved to Nottoway County, Virginia, and he was employed by Liberty Bus Company in West Point, Virginia.  In September 1942, he married and the couple had two daughters, the youngest was born after he went overseas and they never met.

He enlisted in April 1943 at Fort Meade, Maryland.  While serving in France, he captured 20 German soldiers and was awarded a Bronze Star.  He died from an accident on the railroad tracks in Germany and he was buried in a makeshift grave with some other soldiers; later he was reinterred in Lorraine American Cemtery, St. Avold, France. 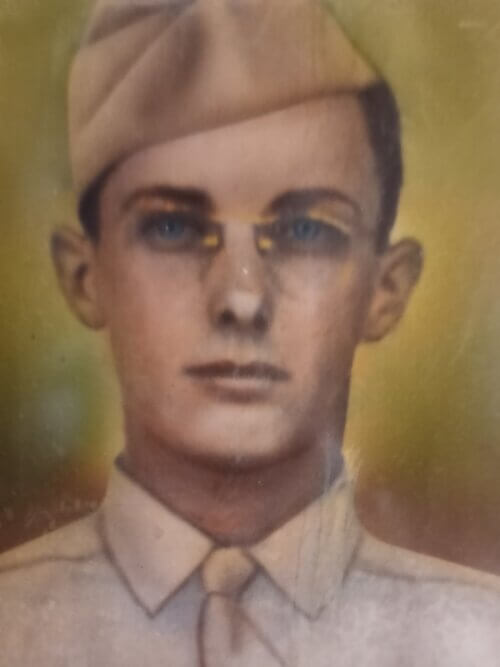