“Larry” graduated from Newton High School, Newton, Massachusetts, in 1938, and he was the assistant trainer of the football team.  He was employed by the Hotel Statler in Boston, Massachusetts and attended Harvard Business School.

He joined the Massachusetts National Guard and enlisted at Camp Edwards, Massachusetts and trained at AP Hill where he met his future wife, Blanche Julian Russell.  They were married in Fredericksburg, Virginia in 1943.  On January 19, 1945, he was killed by a German artillery shell in the Battle of the Bulge.  He was buried in Luxembourg American Cemetery, Hamm, Luxembourg. 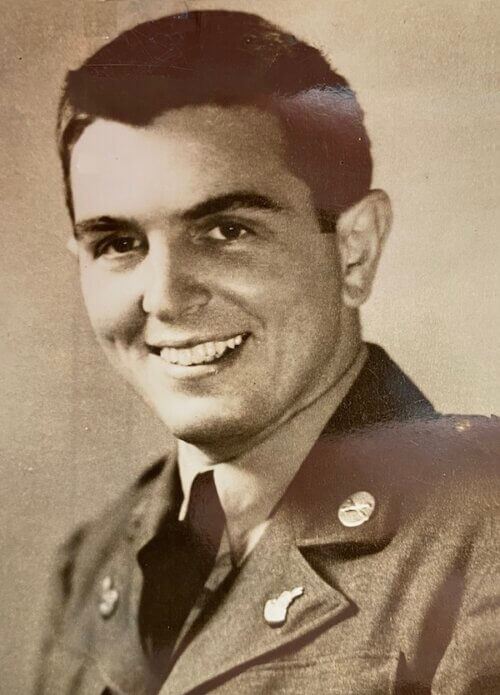