First Lieutenant John Hill attended officer’s training at Ft. Benning, followed by Army Ranger School and Airborne School. In Vietnam, he served with the 1st Platoon, C Company, 22nd Infantry, 3rd Battalion, 25th Infantry Division. He led his platoon from an open field to an assault on an unknown number of hostiles that were in a U-shaped wooded area. A few yards into the woods, a hostile soldier who was hidden in well-concealed bunker shot the platoon’s point man and wounded Lt. Hill in one leg. Lt. Hill attempted unsuccessfully to pull the point man to safety, after which the platoon Sergeant attempted to pull Lt. Hill out of the woods by the ankles. Lt. Hill’s gear was caught in some vines and when he lifted up to try to free himself, he was shot by a hostile sniper. He is buried at Fairview Cemetery, Buchanan, Botetourt County, Virginia. 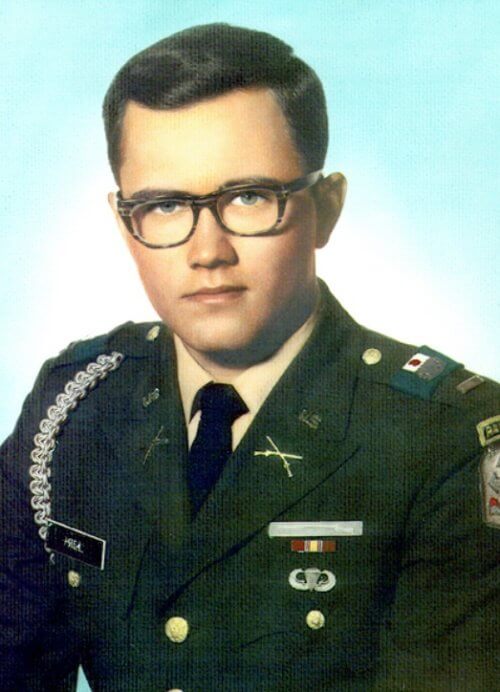