1LT Riek was a 1968 graduate of the United States Military Academy at West Point. After graduation, he attended IOBC, Ranger School, and Airborne School at Fort Benning, Georgia. He was killed while on a reconnaissance mission when his platoon was ambushed. Without regard to his own safety, 1LT Riek and his RTO returned fire so the rest of the platoon could reach substantial cover. Both men were killed. 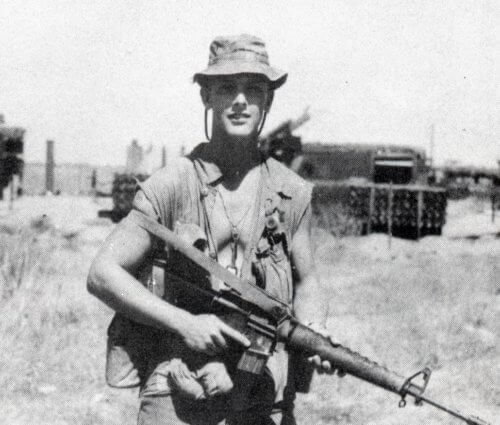