He was a 1944 graduate of Church High School and was a active member in his local Boy Scout Troop.

He received basic training  at Camp Wheeler near Macon, Georgia, and was deployed to Europe in January 1945.

He is buried in Olive Branch Cemetery in Portsmouth, Virginia. 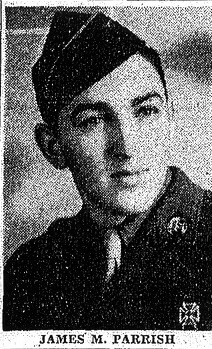