Pharmacist’s Mate Third Class Lewis served aboard LST – 314 that was torpedoed and sunk by a German E-Boat off the coast of Normandy. James graduated from Damascus High School in 1938 and continued his education at the Abingdon Industrial School. After graduation, James began working for the Norfolk and Western Railway in Warrensville, North Carolina. During this time, James joined the U. S. Navy Reserves and continued his obligations at home, such as serving as Superintendent of his Sunday School. 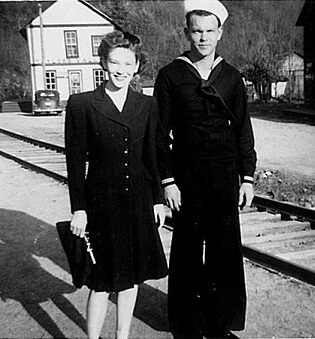