Memories from the family:

He was the son of Jason Alexander Short and (birth mother) Ada Melvinia Bolling Short and (second mother by marriage) Ada Rae Jones Short. He received his basic training Ft. George G. Meade, Maryland and transferred oversea on Oct. 1, 1942. By request from PFC Short to his father while on leave, he and an Army buddy visited Arlington National Cemetery. He told his father of the beauty of the cemetery and commented if something were to happen to him while he was serving his county he would like to be buried in Arlington Cemetery. As per his wishes, his father applied to have his remains shipped back to the United States. On December 15, 1947 his family consisting of his father, his sisters Edith Short Byrd, Audrey Short Clark (and her daughter Eva Clark), Opal Short Addison, his Uncle Calvin Massey made the long trip on a cold snowy day through the Shenandoah Valley to reach Arlington National Cemetery. They waited as so many families did that day to be called for the services, of which seven caskets were lined up and each life honored for giving their life for our country so we may all enjoy the freedom we have today. Harold’s life is remembered now by many generation since his parents and siblings are gone but one sister Ruble Short Gilliam remains to tell the stories of her parents heartache from the loss of her brother Harold. We were always told of his bravery and on Memorial Days for the fallen, the story was told and his memory made him so real to us it is as if we had known him in life instead of death. Harold was listed as MIA for a long time of which his father would make a long walk from his home in Guest River Section of Norton, Virginia to downtown Norton to check with the American Red Cross for news of his son, only to hear there was not news yet and to please check back with them. After a very long time the knock at the door only to hear his son was not MIA but KIA June 6, 1944 during the D-Day Invasion. He served proudly with the 116th Infantry 29th Division. He was awarded the Purple Heart because died on the beach of Normandy. The President of the United States awarded the Purple Heart to PFC Harold C. Short A.s. No. 33047997 for military merit and for wounds received in action resulting in his death June 6, 1944. Given under my hand in the City of Washington, DC this 30th day of Nov. 1944. Official: Maj. Gen. The Adj. At. Gen. signed by The Sec. of War Harry L. Stevenson. Harold Carson Short grave site in Arlington National Cemetery is located in Section 12 Grave #1254 on Grant and McClellan Dr. We thank you, Uncle Harold, for your bravery and for helping us have the freedom we share in our lives. May our flag fly high and her banner in memory of all who gave their all. 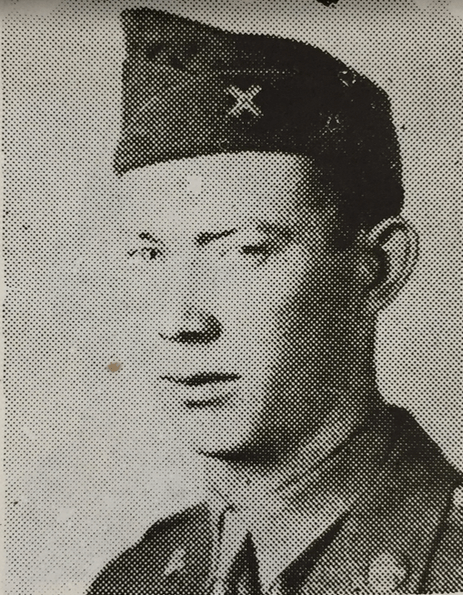