SGT Tullidge served with Company G, 507th PIR, 82nd Airborne. He was holding off Germans near St Mere Elgise at the Mederet River and wounded in the hip, died two days later. At a young age, he contracted polio which left him with an atrophied right arm. This disease did not deter him from become a champion swimmer in the mid Atlantic. he attended Robert E. Lee High School, then graduated from Staunton Military Academy. He attended Virginia Polytechnic Institute until the middle of his sophomore year where is was on the swim team and joined the service. 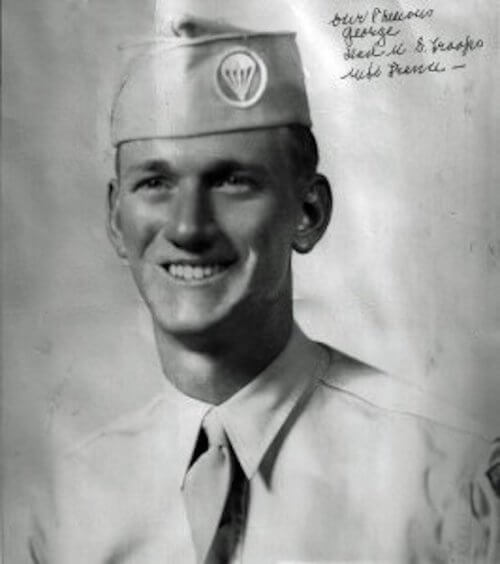