LTC Bartley graduated from Davis and Elkins College in Elkins, West Virginia, and from Union Theological Seminary in Richmond, Virginia. He served as pastor of the Bethesda Presbyterian, McElwee Chapel, and Immanuel Presbyterian Churches in Rockbridge County from 1958 to 1961. He entered the Army in 1961 and served with the Command Chaplain’s Office, 196th Light Infantry Brigade. On May 17, 1969, he went to Saigon to help with a television film on the history of the chaplaincy. He was making a final field trip when he, three navy personnel, and two marines were riding in a truck that struck a land mine seven miles south of Da Nang; all occupants of the truck were killed. 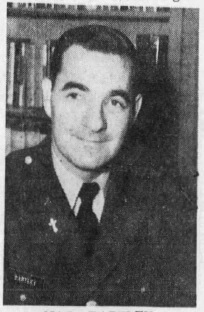