On April 10, 1945, he was struck in the chest by a sniper’s bullet and died a few minutes later near the Harz Mountains in Germany.

Before the war, he was employed as a timekeeper for the U. S. Rubber Company. 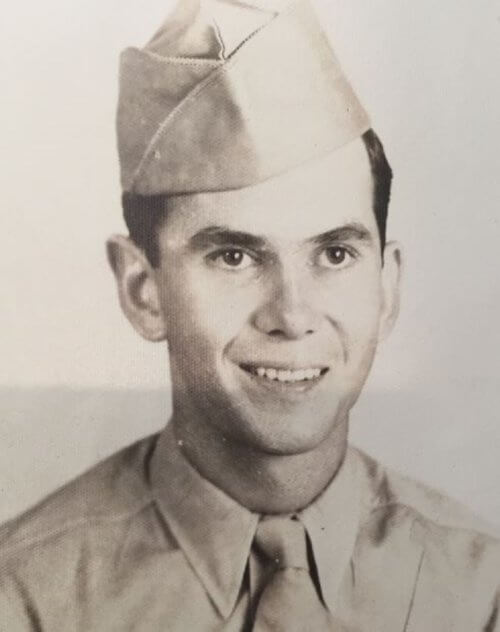