The Commonwealth’s Pearl Harbor Day Remembrance Ceremony will be held at 11 a.m., Saturday, December 7, 2019 in the Shrine of Memory.

The ceremony is co-hosted by the Navy League of the United States, Richmond Council and the Virginia War Memorial. United States Navy Commander Jean Marie Sullivan, Commanding Officer of the USS Whidbey Island, will be the keynote speaker. The Commonwealth’s Pearl Harbor Day Remembrance Ceremony will also include the presentation of wreaths in memory of the Virginians who died on Sunday morning, December 7, 1941 when the forces of Imperial Japan bombed the U.S. Pacific Fleet stationed at Pearl Harbor, Hawaii resulting in the United States entering World War II. More than 2,400 Americans were killed and more than 1,100 wounded during the surprise attack.

The event is free and the public is encouraged to attend. 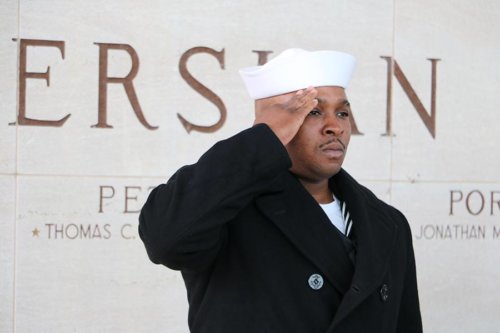