Join us in our Shrine of Memory: 20th Century, as we remember the “Date That Will Live in Infamy.”

In partnership with the Navy League of the United States Richmond VA Council, we will honor those killed during the attack on Pearl Harbor, December 7, 1941, resulting in the United States entering World War II. Part of our program will be a “roll call” of all of the Virginians who were lost that day at Pearl Harbor.

Our Virginians at War film Pearl Harbor, will be shown continuously in Reynolds Theater.

After the ceremony, we invite you to view our temporary exhibit, Who They Were: Lives Worth Knowing. One of the featured stories is of John Hildebrand, Jr., who was on the USS California when it was attacked and sunk at Pearl Harbor on December 7, 1941. This exhibit is on display through the end of the year. 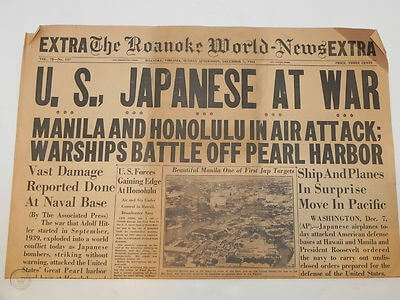