Join us for this special interview with Pfc. George Merz of the 818th Military Police Company.

As a 19-year-old soldier, Pfc. Merz arrived on Utah Beach in Normandy on June 10, 1944. Later, during the harrowing winter of 1944-45, he served as an MP during the Battle of the Bulge, where he was involved in directing the armored vehicles and the artillery traffic that were part of the relief of Bastogne.

As an MP during the battle, he had to be alert for enemy paratroopers who had dropped behind the lines disguised as American soldiers. George Merz received the Bronze Star for his service during the Battle of the Bulge.

Check back here to confirm the time. Time and date subject to change. 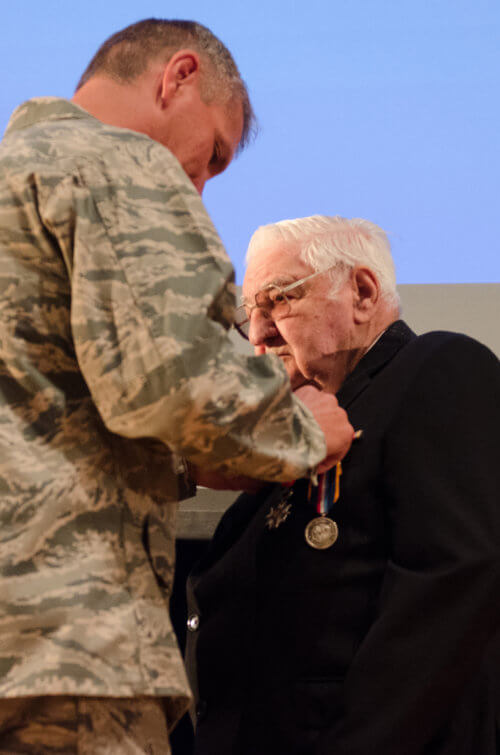