Hear author Pete Svoboda talk about his new book, “Headhunter: 5/73 CAV and Their Fight for Iraq’s Diyala River Valley,” a unique account of the Global War on Terror.

It’s a paratroopers story told by the brave airborne cavalry scouts, infantry riflemen and support troops who fought the enemy insurgents who were terrorizing the people of Diyala Province. The Squadron’s goal was to “aggressively execute a campaign plan that resulted in defeating the insurgents.” 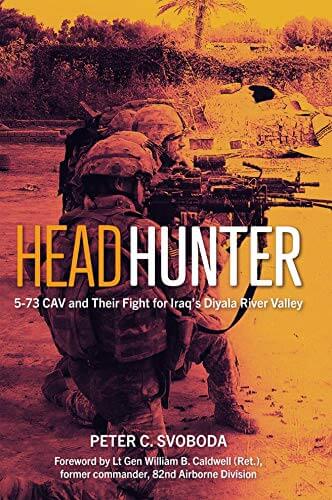