Seaman First Class Martin served aboard the  USS Rall (DE-304) when it was attacked by five kamikaze’s. Four of the enemy planes were shot down but the fifth crashed into the ship’s starboard side and a 500 lb bomb it was carrying went through the main deck, exited out the port side and exploded, killing 21 sailors.

He is buried in Riverview Cemetery, Charlottesville, Virginia. 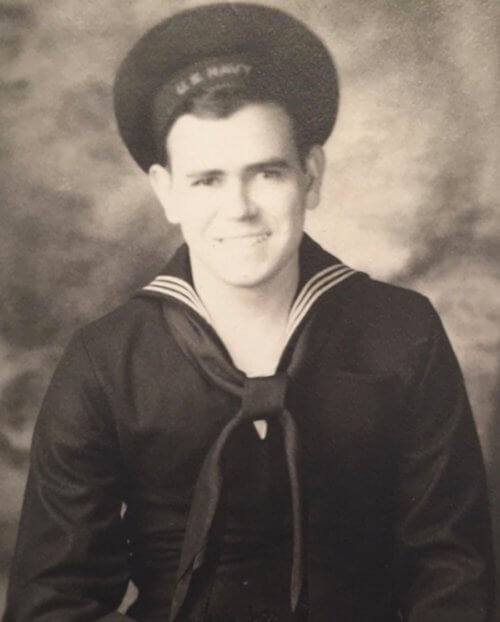