In 1952, he left the Norfolk extension of the Virginia Polytechnic Institute to enlist in the U. S. Navy and graduate from the U. S. Naval Academy.

His name is etched into the stone wall on the Honolulu Memorial in the National Memorial Cemetery of the Pacific, Honolulu, Hawaii. 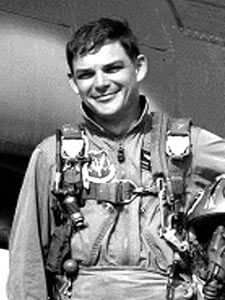