Captain Fowlkes served as a Chaplain with the 507th Parachute Infantry Regiment, 82nd Airborne Division. He was a graduate of the University of Virginia and the Theological Seminary of Virginia in Alexandria. Before the war, he was employed by the Protestant Episcopal Church in northern Virginia. 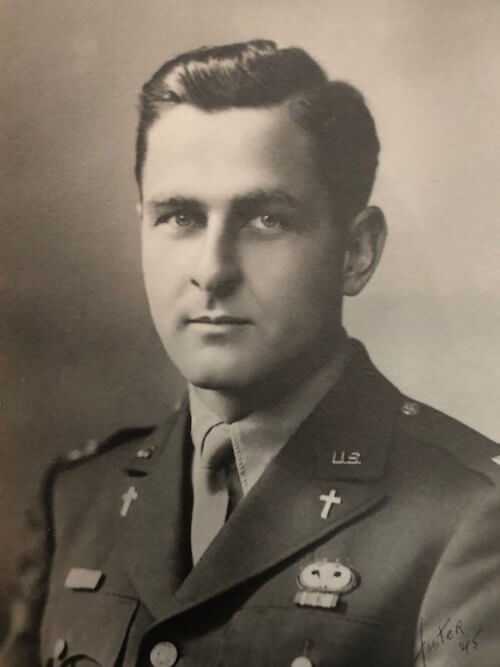