He was a 1994 graduate of Meadowbrook High School and enlisted in the Army in 1997.

He is buried in Dinwiddie Memorial Park, Dinwiddie, Virginia. 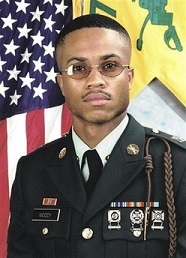