Corporal Bausell was mortally wounded in action on Peleliu Island in the Pacific Ocean on September 15, 1944, and died 3 days later on a hospital ship. He had thrown himself on a Japanese grenade to save his squad. He was awarded the Medal of Honor posthumously for his sacrifice above and beyond the call of duty. In November 1945, the U. S. Navy commissioned a new destroyer, the USS Bausell, DD 845, in his honor. 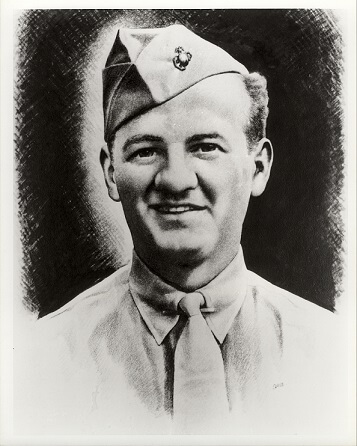