He was a 2000 graduate of Spotsylvania High School. 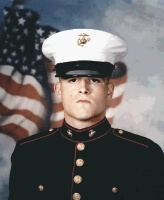