He graduated from Tunstall High School in Danville, Virginia and enlisted in the Marine Corps in 1991. He had served previous tours in Iraq in 2006 and 2008. 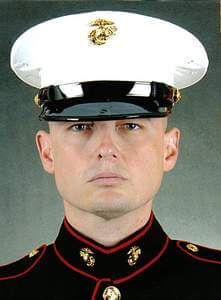