He served as a pilot and division leader in a fighter squadron. He provided cover for torpedo bombers during a strike against Japanese cruisers and destroyers in Rabaul, New Britain.

His name is located on the Tablets of the Missing at Manila American Cemetery, Manila, Philippines. 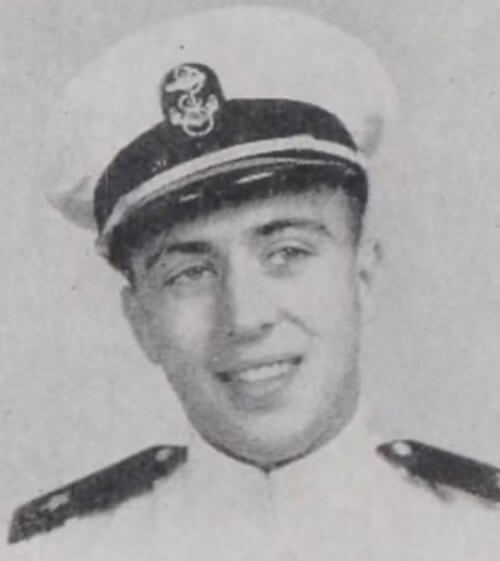