Joined the National Guard in 1940 when the song of the day was “Good Bye Dear I’ll Be Back in a Year.” Served for three wars and 32 years active service. Great father, grandfather, Soldier and Christian man.

He served in Operation Torch, Husky and Italian campaign in WWII. Became an Army Aviator in 1950, serving in Korea and Viet Nam. He was Assistant Commandant of the US Army Transportation School. A pioneer in Army aviator logistics and maintenance. Son and grandson are both Army Aviators. 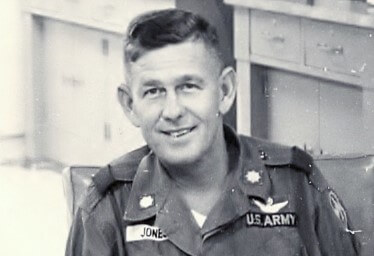