Ship’s Serviceman Second Class Davis had previously served in World War II and  aboard the USS Brush DD-745 during the Korean War. The USS Brush was ordered to the Far East where she screened carrier units during air strikes against North Korea and participated in shore bombardment.  On Sept 26, 1950, the USS Brush struck a mine which ripped the ships mid section and broke her keel.  The explosion killed 13 men including Frank Davis.

Before the war, he was employed by a contractor at Fort Pickett in Blackstone, Virginia. 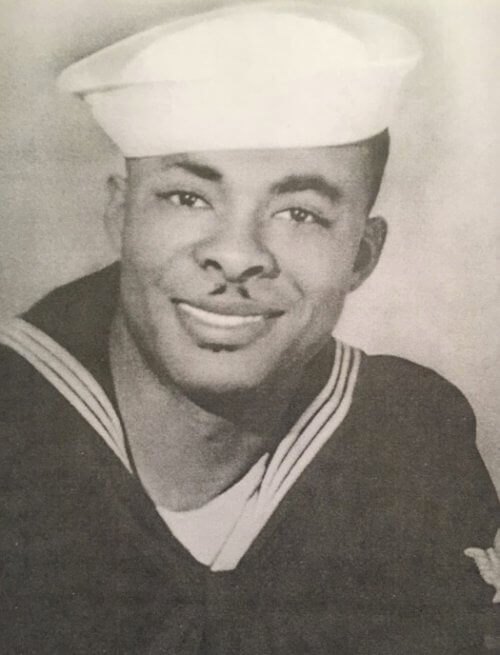