“Chuck” grew up with six siblings, he graduated from Chatham High School in Pittsylvania County, Virginia, and he attended Roanoke College for two years before he enlisted in the Air Corps in Richmond, Virginia.  He received flight training at Brooks Fields in Texas and trained with his squadron at Myrtle Beach, South Carolina.

Once the Allied invasion began, the 508th Fighter Squadron relocated to France to provide support in Normandy and St. Lo.  July 24, 1944, was a very overcast day and the 508th pilots sat on the ground awaiting orders for takeoff when bombers could be heard passing overhead.  Suddenly, bombs started exploding send sending everyone into foxholes.  Lt. Viccellio’s was pinned inside the cockpit of his P47 plane as flames surrounded it, another pilot pulled him from the plane and Lt. Viccellio died from the wounds on July 26, 1944.

His remains were reinterred to Highland Burial Park, Chatham, Virginia in 1948. 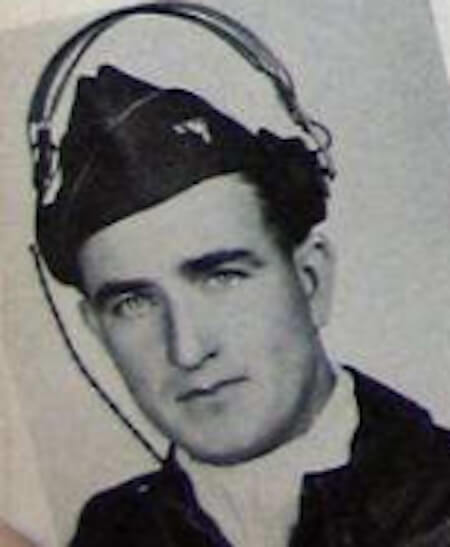