Before the war, Andrew graduated from Buchanan High School, Buchanan, Virginia, in 1940, where he participated in the Glee Club.  He was employed by Botetourt Hardware Company, Botetourt, Virginia.  He enlisted in the service at Fort Meade, Maryland, on March 8, 1944.

Swartz was a nose gunner for B24H #42-51273 that left Attlebridge, England, around 1100 hours for a bombing mission over Magedeburg, Germany.  The plane was hit by flax over its target and struggle to maintain altitude as fire broke out onboard.  Four crew members bailed out and Swartz was last observed to have been overcome by the fire.  Five of the crew were killed when the plane crashed and exploded near Dummer Lake, Germany. 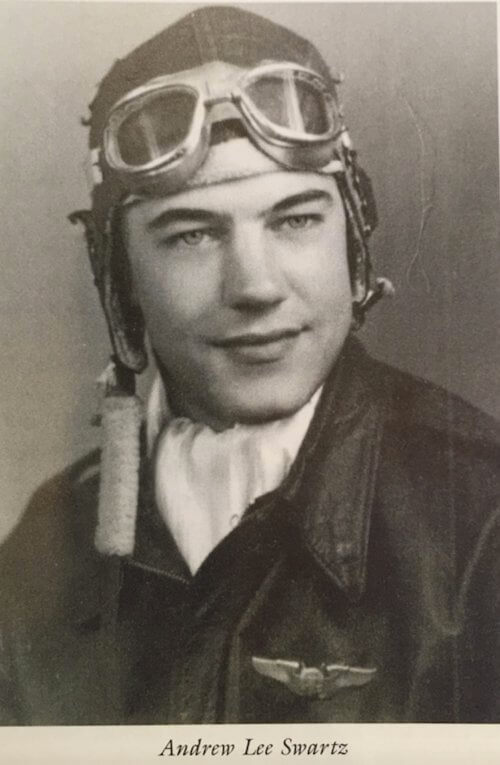