Before the war, Aaron graduated from L.C. Bird High School, Chesterfield, Virginia in 2003.  He attended the The Citadel for 3 years where he loved the Charleston, South Carolina, lifestyle of fishing, crabbing and beach time.

Four of his classmates and Aaron joined the South Carolina National Guard and deployed to Afghanistan in 2007.  After returning from his tour of duty, he continued his studies at the Citadel and he and his four classmates received their diploma in 2009.

He enlisted with the Army in 2010 and was assigned to the 3rd Infantry Division and was promoted to Sergeant.  He was fluent in Pashto language and Airborne qualified.  Sergeant Wittman died January 10, 2013, from injuries sustained when his unit was attached by small arms fire while on mounted patrol ied Jan. 10, in Khogyani District, Nangarhar Province, Afghanistan. 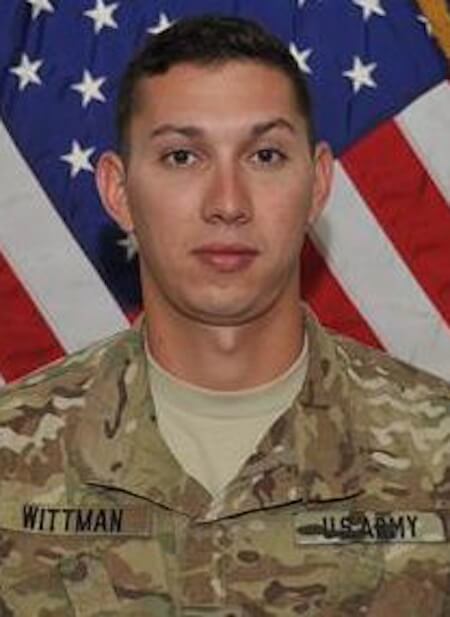